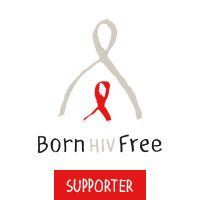 Since antiretroviral treatment became widely available in developed countries, AIDS has been turned from a death sentence to a manageable chronic disease.

In developing countries, access to antiretroviral treatment has improved rapidly in the past few years: 4 million people in the developing world are now on antiretroviral treatment (with 2.5 million of those funded by the Global Fund), but this represents only 42% of the people who need it (9.5 million in developing countries). Because many parts of the world still do not have adequate access, it is critical that the Global Fund and partners’ efforts are supported to continue and to expand.

What is the extent of the challenge? Why is mother to child transmission such an issue?

By preventing these new infections, we could substantially reduce the number of people living with HIV, and the number of people who could potentially transmit HIV in the future. For the first time in the history of the global AIDS epidemic, we have the technology and the means to stop one of the ways in which HIV is transmitted.

Though there is no cure for HIV and AIDS, it is relatively easy to prevent the transmission of the virus from a mother to her baby. You can help by simply signing your name. 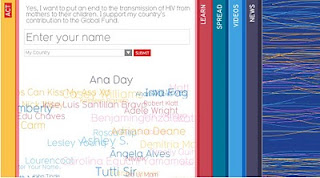