Snippet of Galway City before Christmas 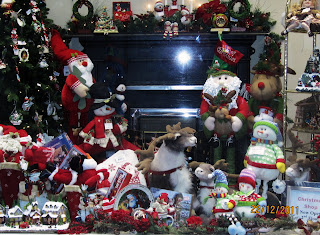 I went into town to do my Christmas shopping yesterday. I only had a few hours before it got dark. I didn't want to be cycling at nighttime when traffic is heavy. As you can imagine the shops were packed. I had planned to have a look at the price of Steve Jobb's biography, but as I stepped into Eason I realised it was too jammed for my taste and walked out straight away. There were plenty of buskers (street artists) performing for Christmas shoppers. You could listen from Irish music, as expected, to Ramones.

The nicest thing I saw in town though was the donkey standing beside a flute player and a dog. I took a few pictures and when I was making a short video (below) an 80's-looking-Bono tapped my arm and said ¨very clever!¨. I nearly took a photo of him as well. I know... U2 fans are a hopeless case! Merry Christmas! 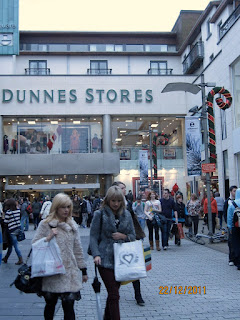 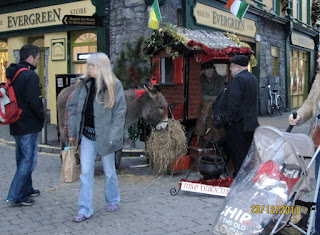 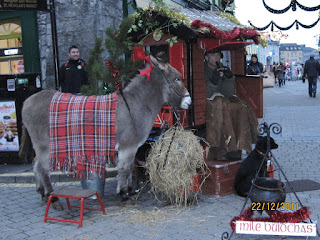 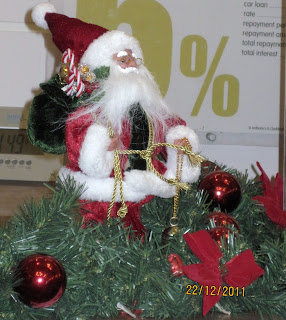 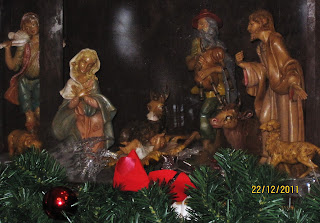